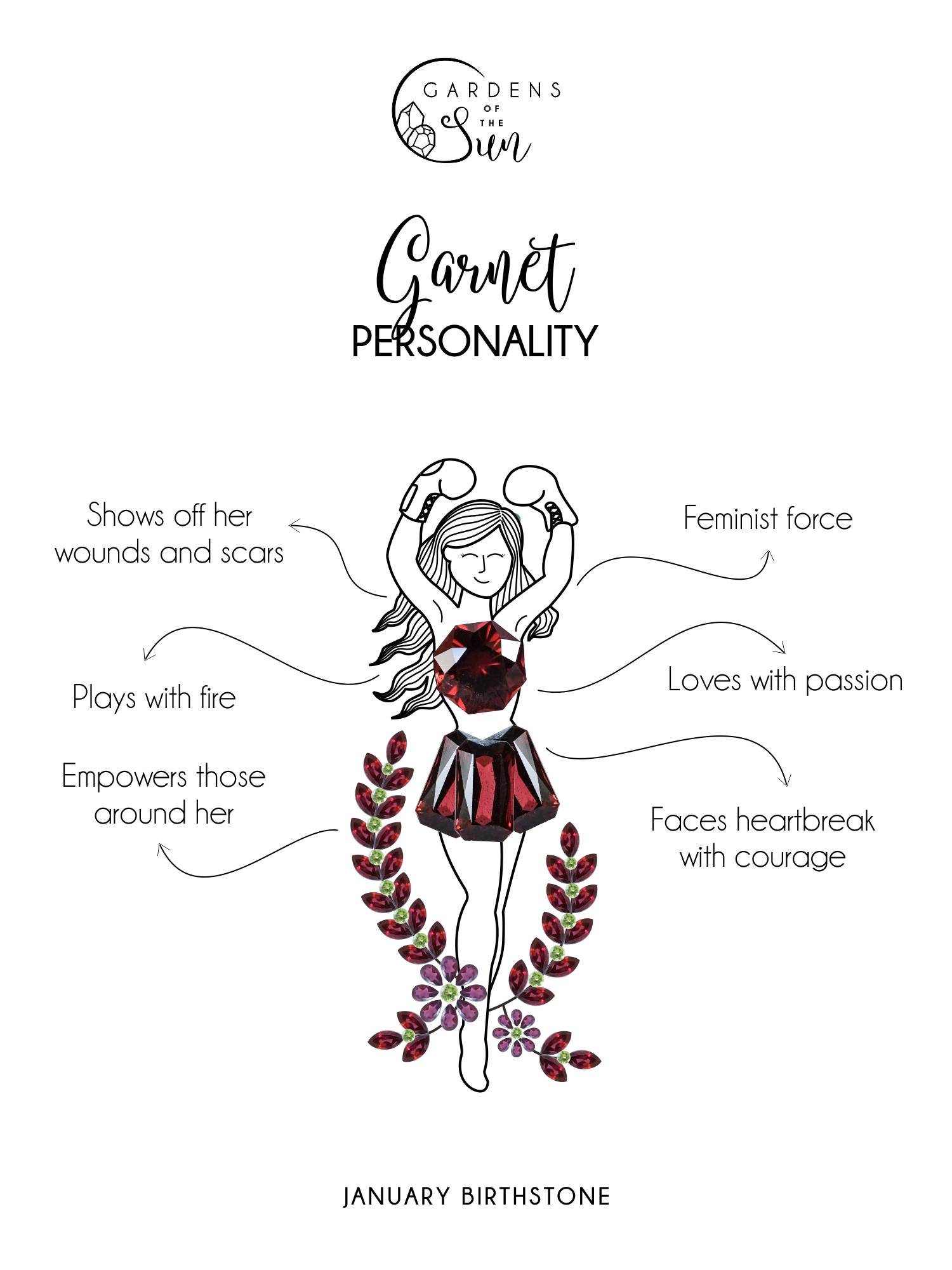 Like a shamanic prayer, she enchants. Her electric vibes keep you safe, keep you sane. Inside and out – the storm that brews in the sky and the storm that trembles in your heart – she's your talisman against both. Keep her in your ear, she has magic words to tell. 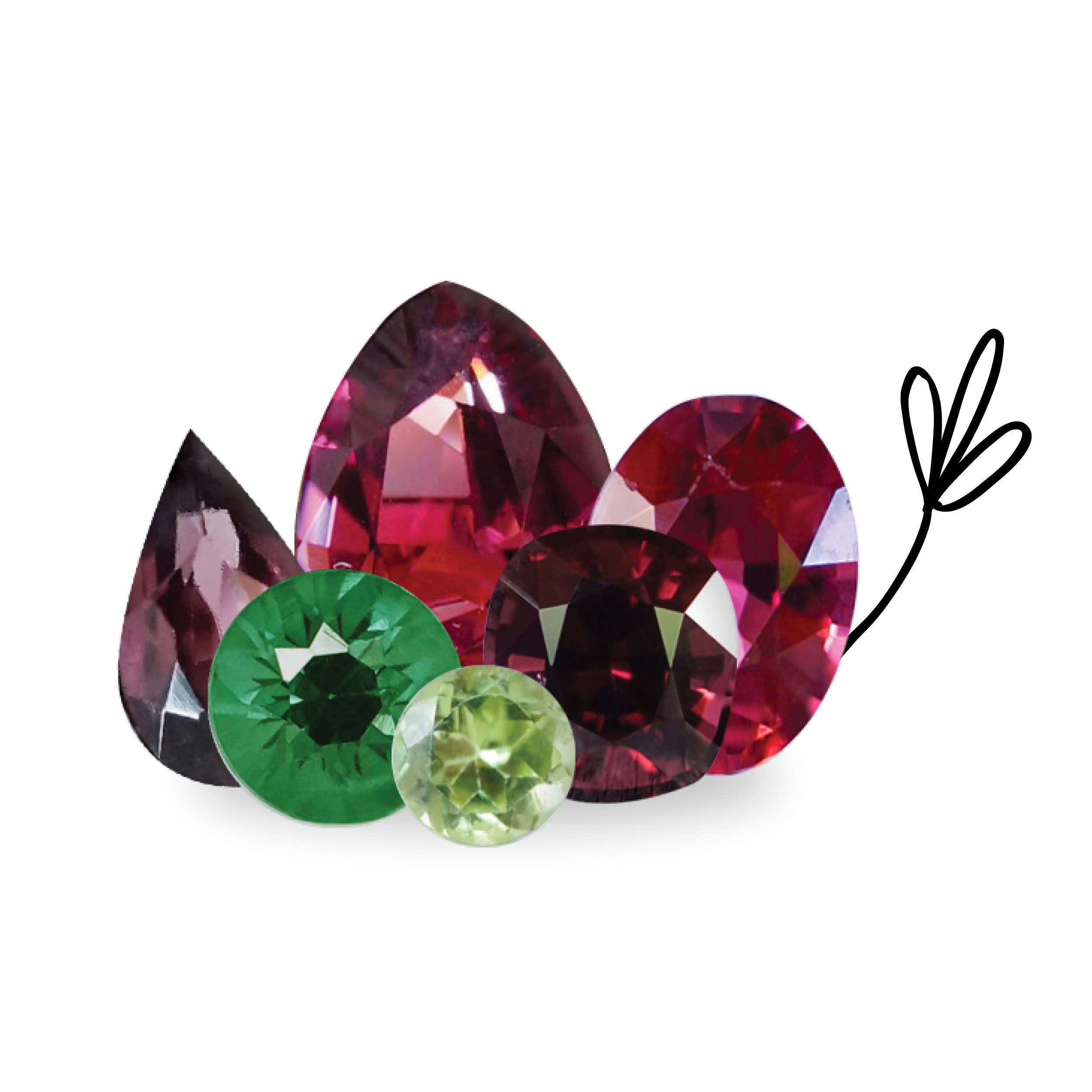 In Greek mythology, Persephone, the goddess of fertility, was abducted by Hades and taken to the underworld. This created winter - the disappearance of fertile greeneries and soil. But winter doesn’t last forever. Persephone left Hades and the underworld to go earthside to fertilize the soil for mankind. Heartbroken and abandoned, Hades gave her pomegranate seeds. Its ripe, sweet juice brings her back to him every year. That’s the story of how longing fuels this crazy little thing called love.

Garnet, named after the Hades’ pomegranate, grounds us with its intense blood red color. The color of earthly masculinity and earnest love - one that can sustain distances separated by continents and oceans. In many ways, garnet absorbs pain, blood and heartbreak. In return she gives strength, resilience, and patience. It’s the stone you want to hold onto whenever you feel broken and torn apart, longing for a forever home. Garnet can revitalise the soul.

Medieval European folks named garnet a carbuncle gemstone, a red stone (mostly garnet) with magical properties believed to bring light in darkness. Carbuncle means shiny little thing with its light, like a small hot coal, or firefly, or according to South American folklore, a small elusive animal with a mirror body responsible for guarding precious metals. Basically, garnet is an otherworldly tiny glowing thing made out of this world. And that’s the source of garnet’s powers.

Take care of your garnet, and guard her shine. Myths say garnet losing its light is a sign of impending disaster. 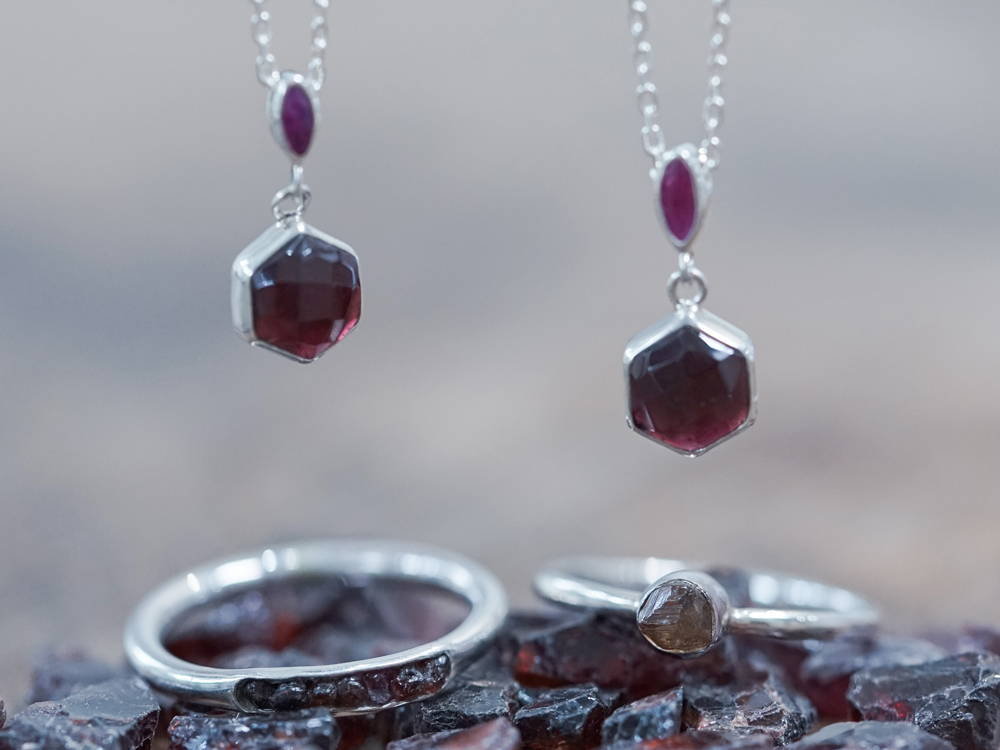 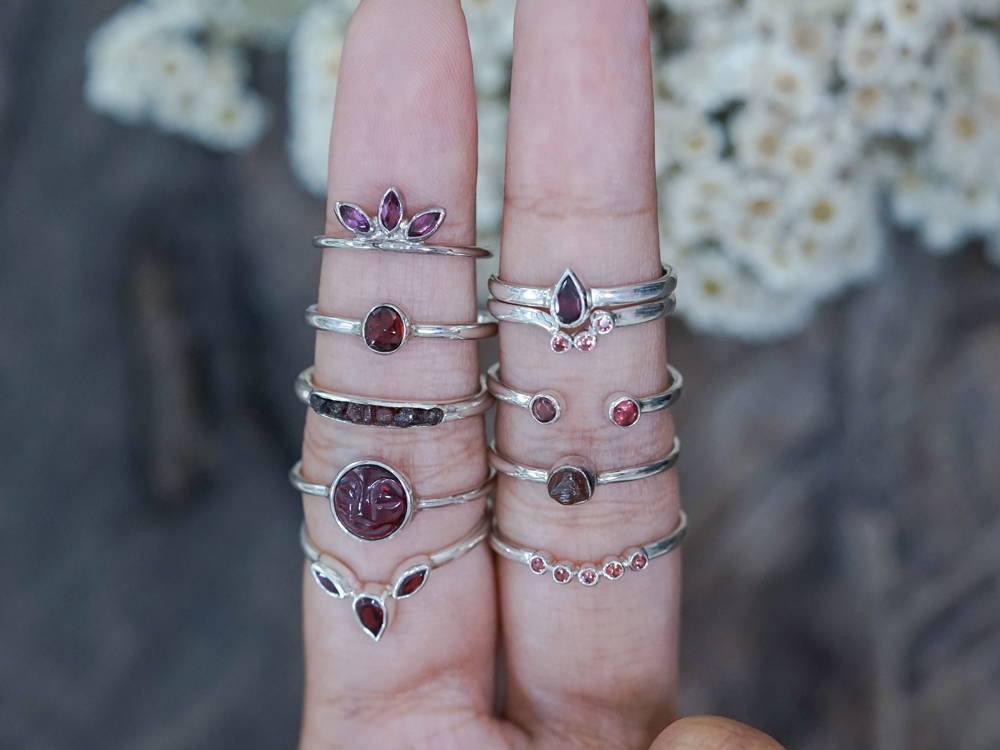 How garnet fits into your life: 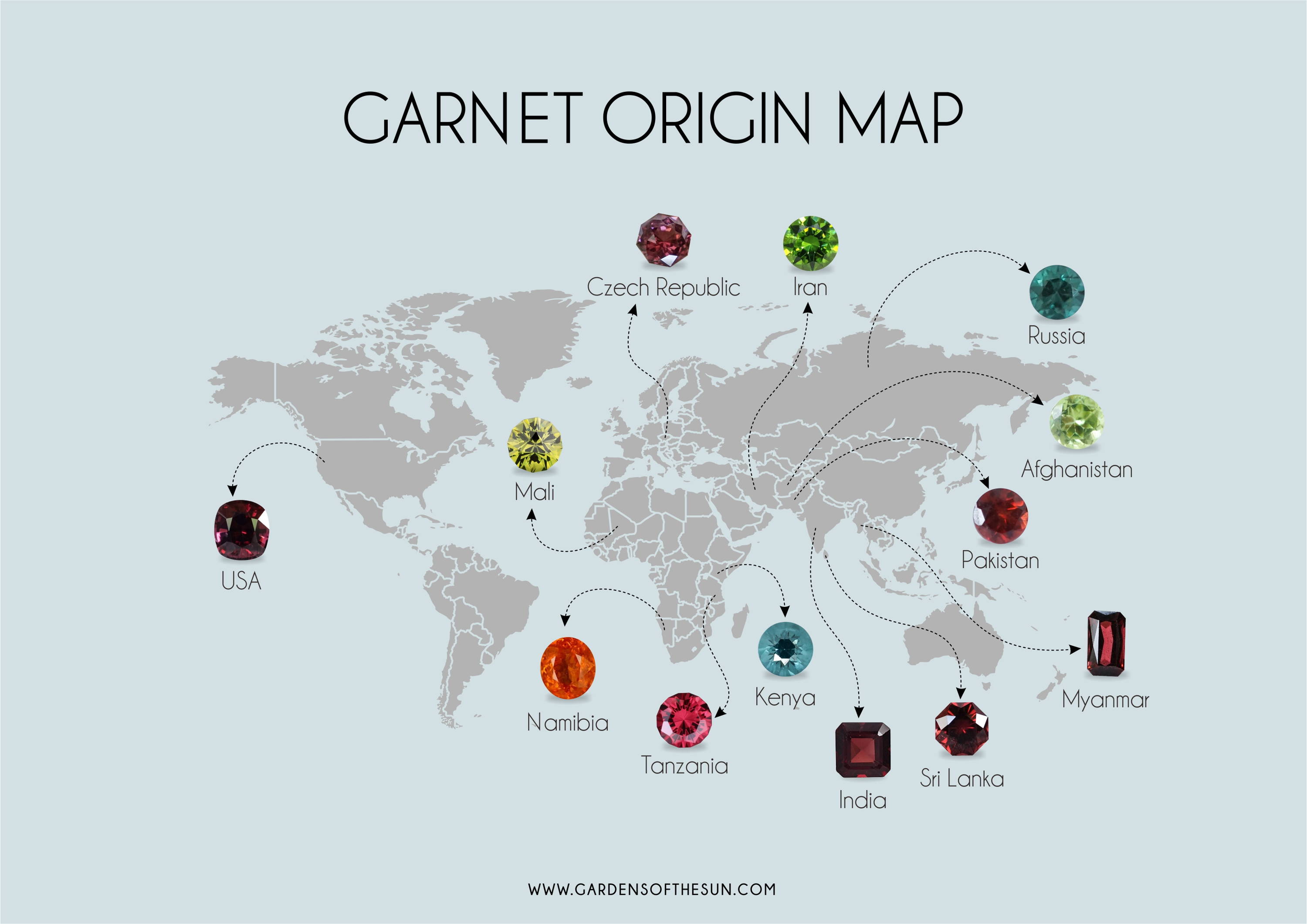 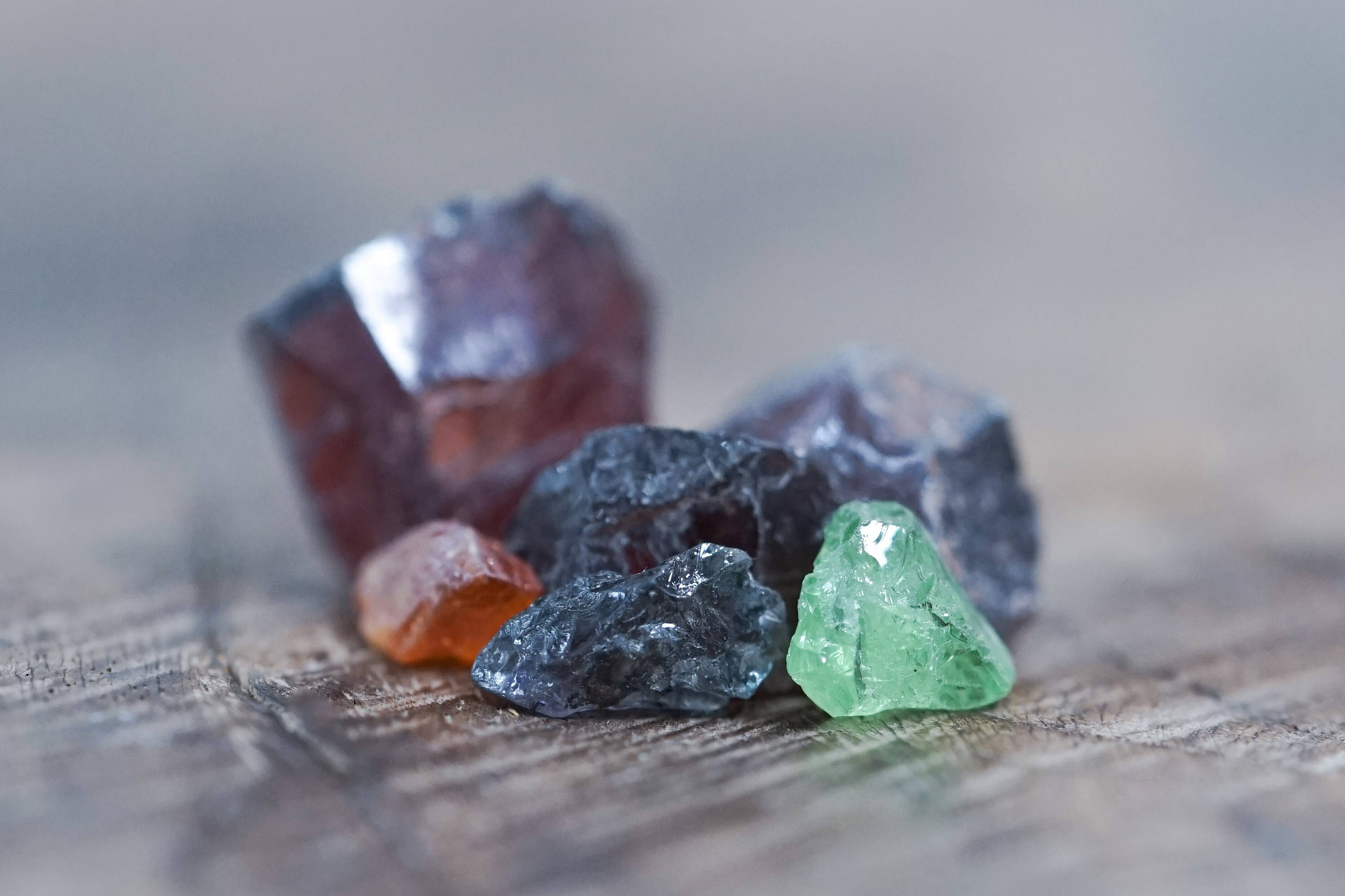 Lovely shades of garnet. Check out our garnet collection, and let us know which is your fave!

6-8 Mohs scale of hardness with ‘good’ toughness. Its hardness will depend on the variety. Pyrope and almandine, for instance, are stronger than demantoid (hmmm what are these names, you ask? See below under Garnet’s Types). Generally a tough stone. So tough there’s a thing called ‘garnet paper’, which is an abrasive. You can use garnet daily, as long as you use it with care. Find out more about hardness vs toughness here.

Surprise, surprise. Garnet is one of the few gemstones which rarely undergo treatments. When garnet does need to be treated, it’s usually to improve color and clarity through heat treatment. Find more about common gemstone treatments here.

Garnet is safe enough under ultrasonic cleaner, unless it has fractures. Use warm, soapy water, preferably made from natural ingredients, like our lerak jewelry wash!

Even though its name has become synonymous with the deep red gemstone, garnet comes in many colors. To geologists and chemists, garnet refers to a group of several different silicate minerals. They all share similar crystal structures, but their hardness level varies. 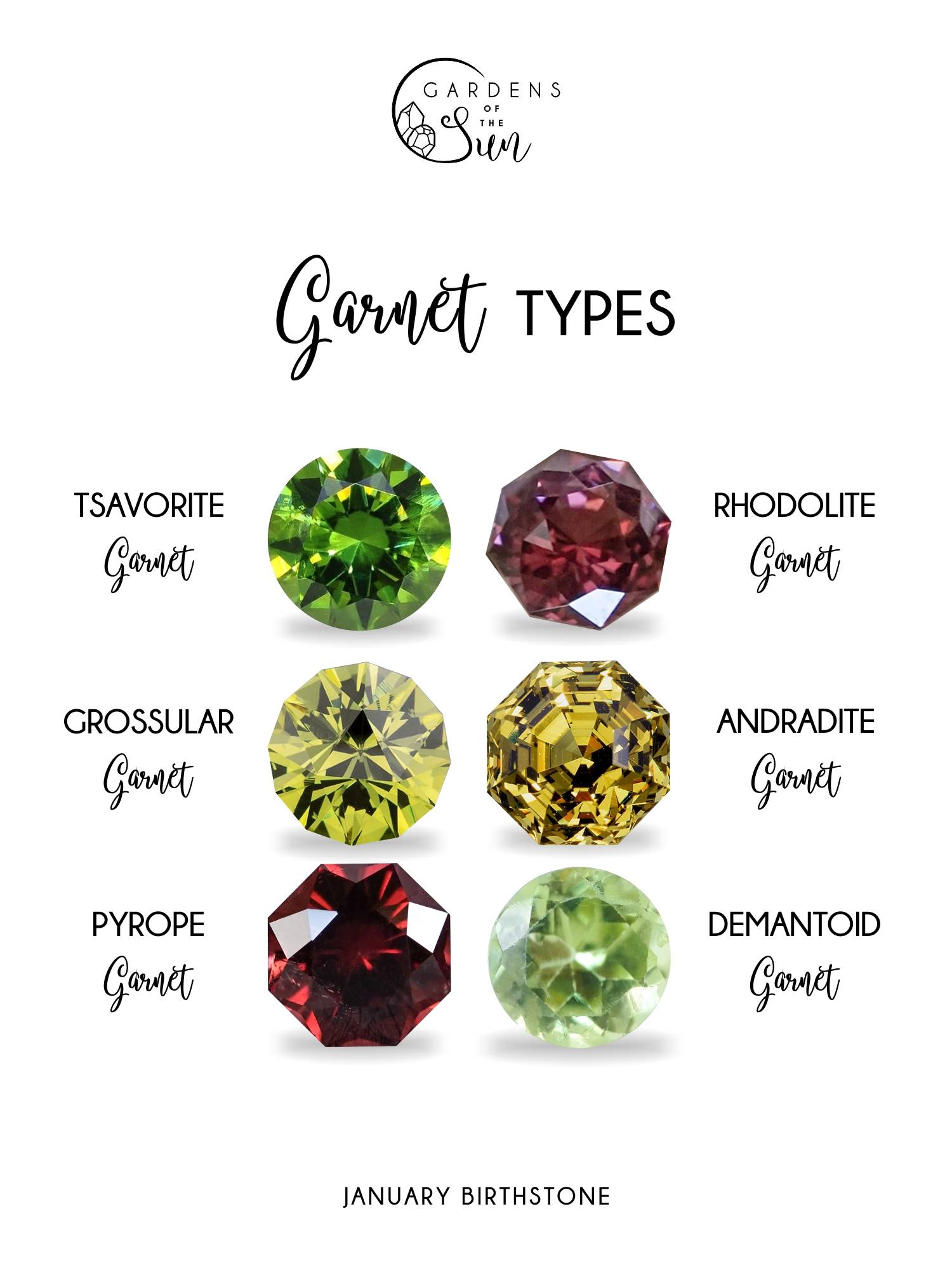 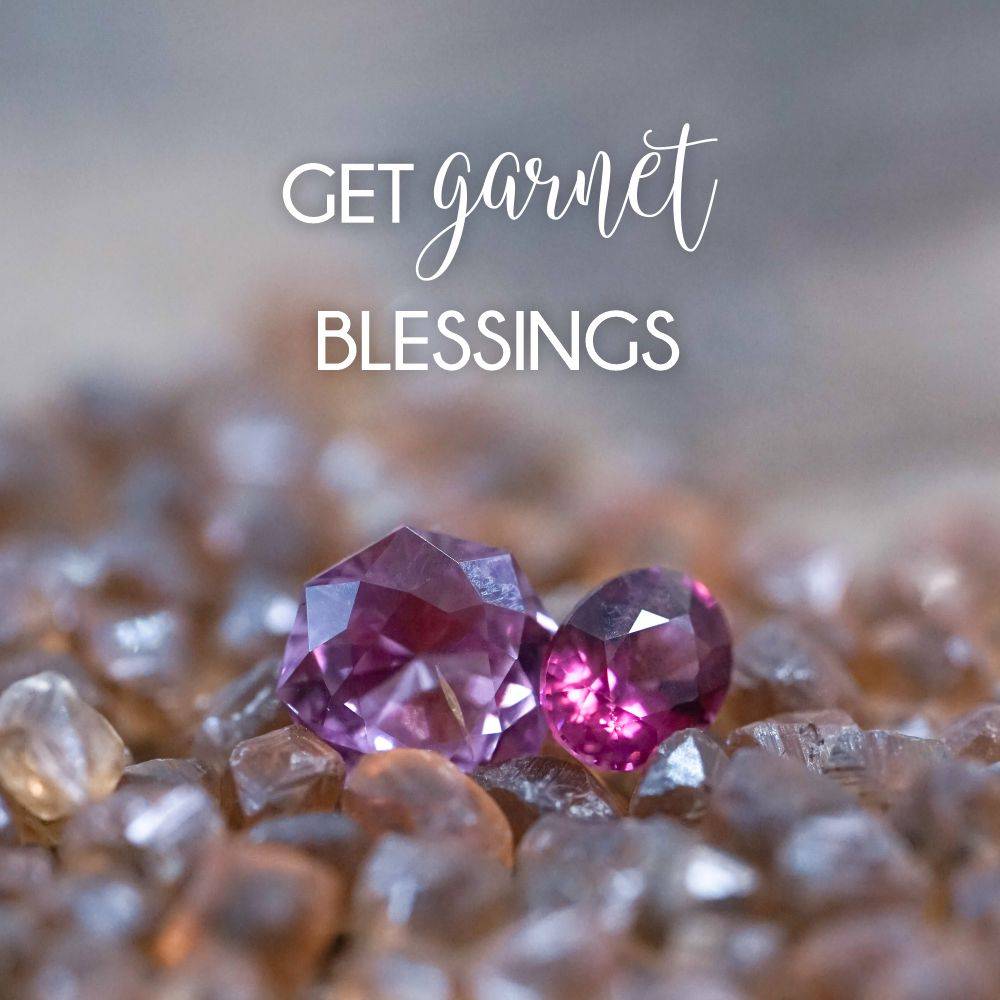 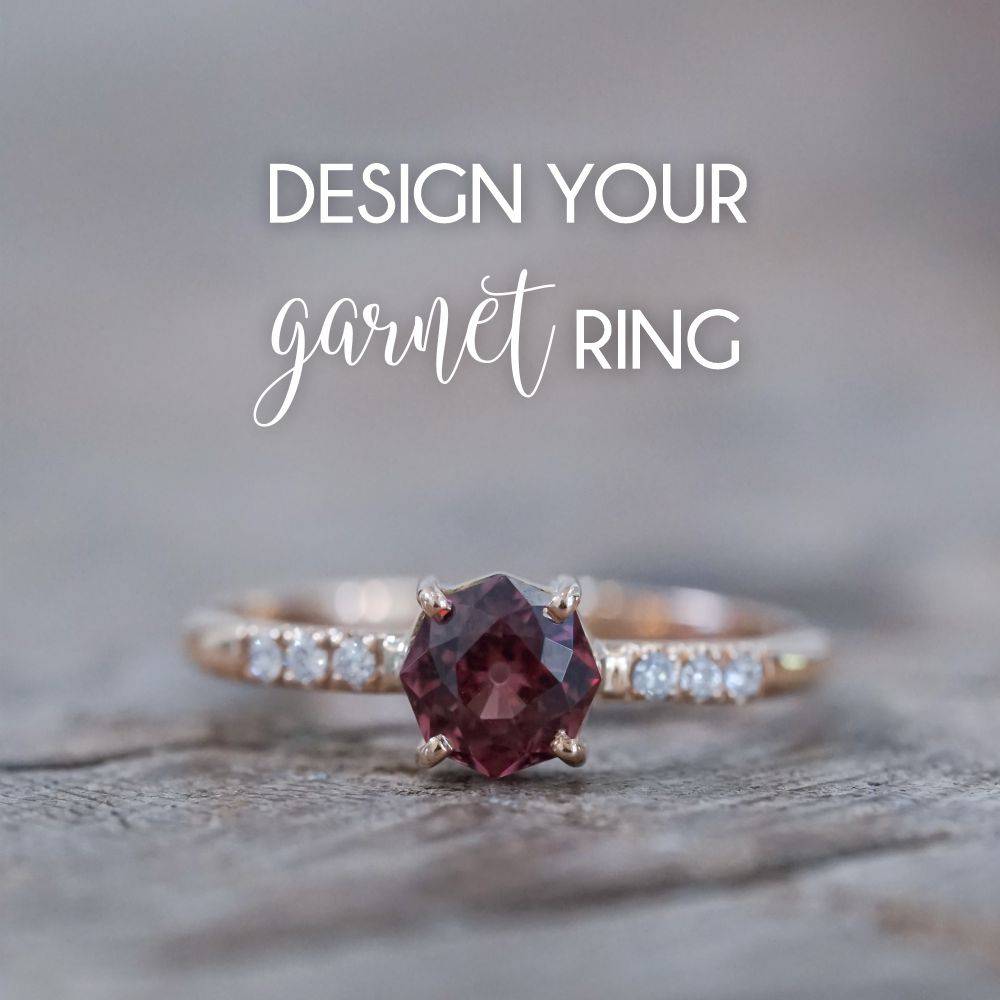 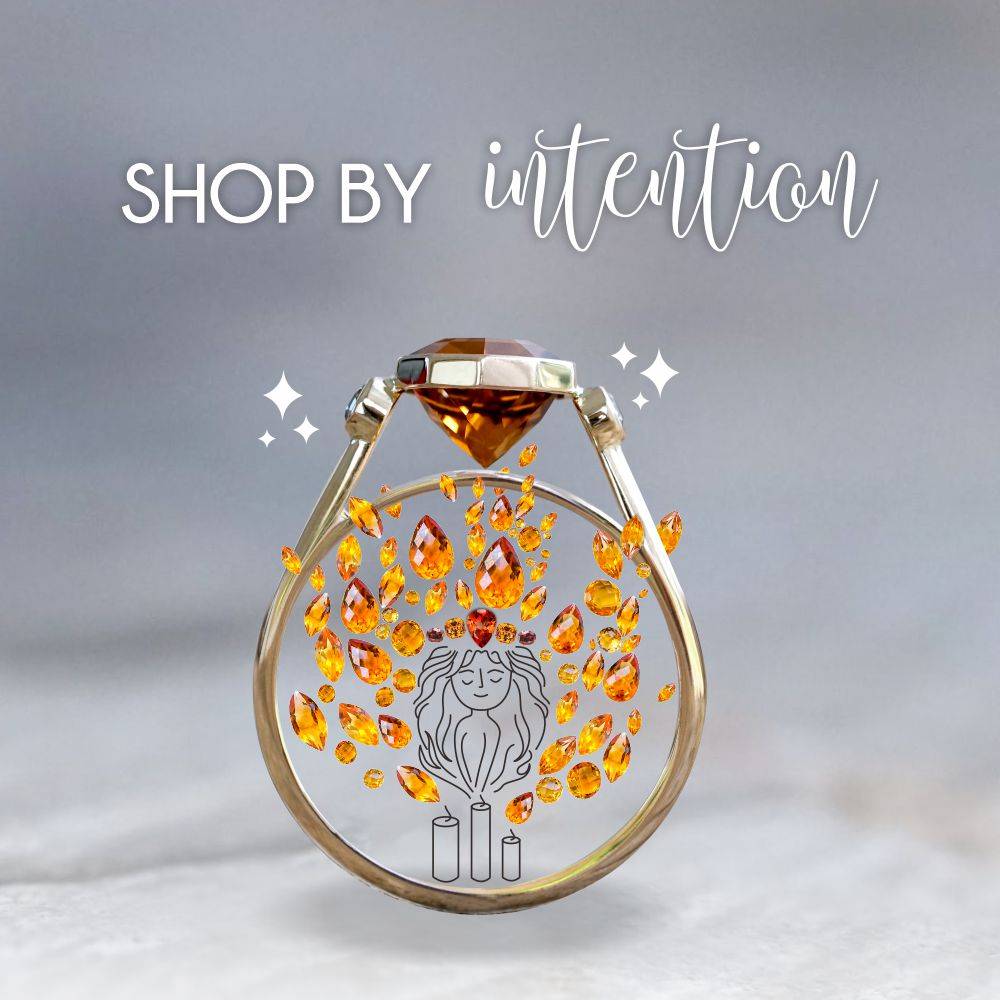 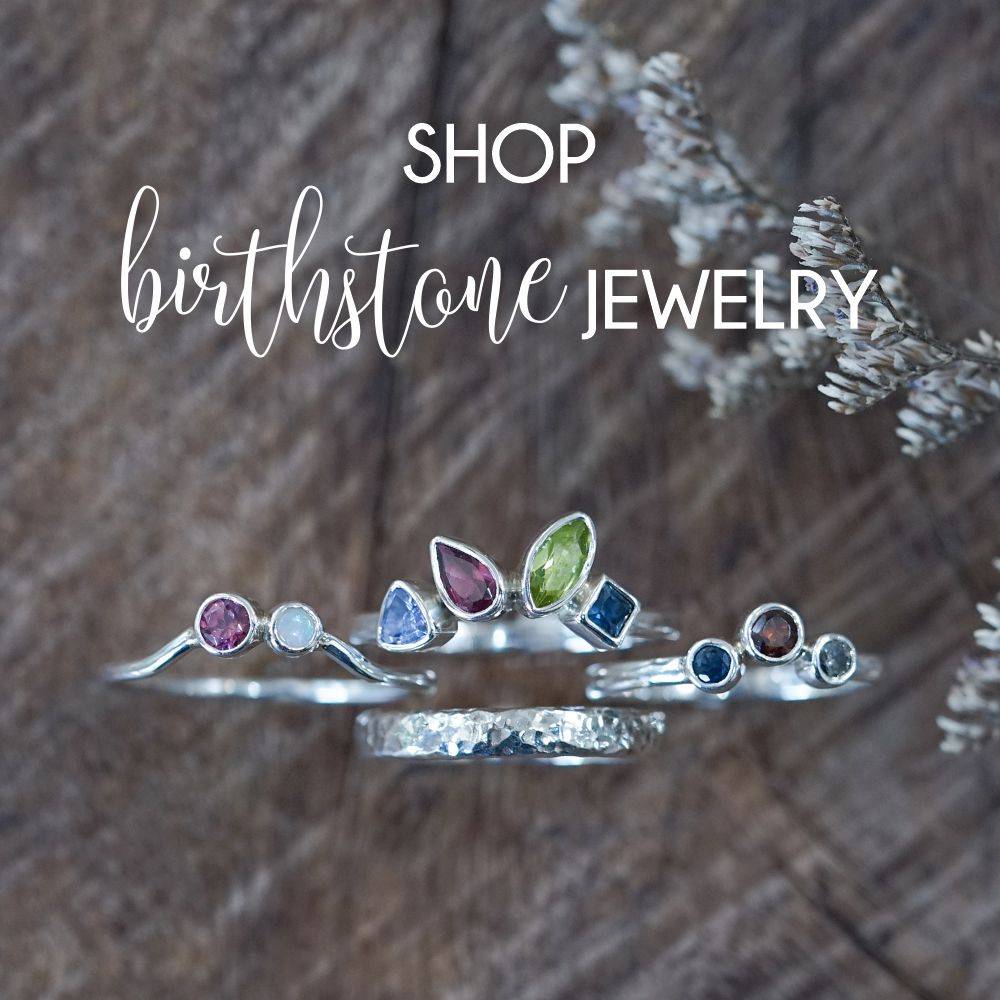