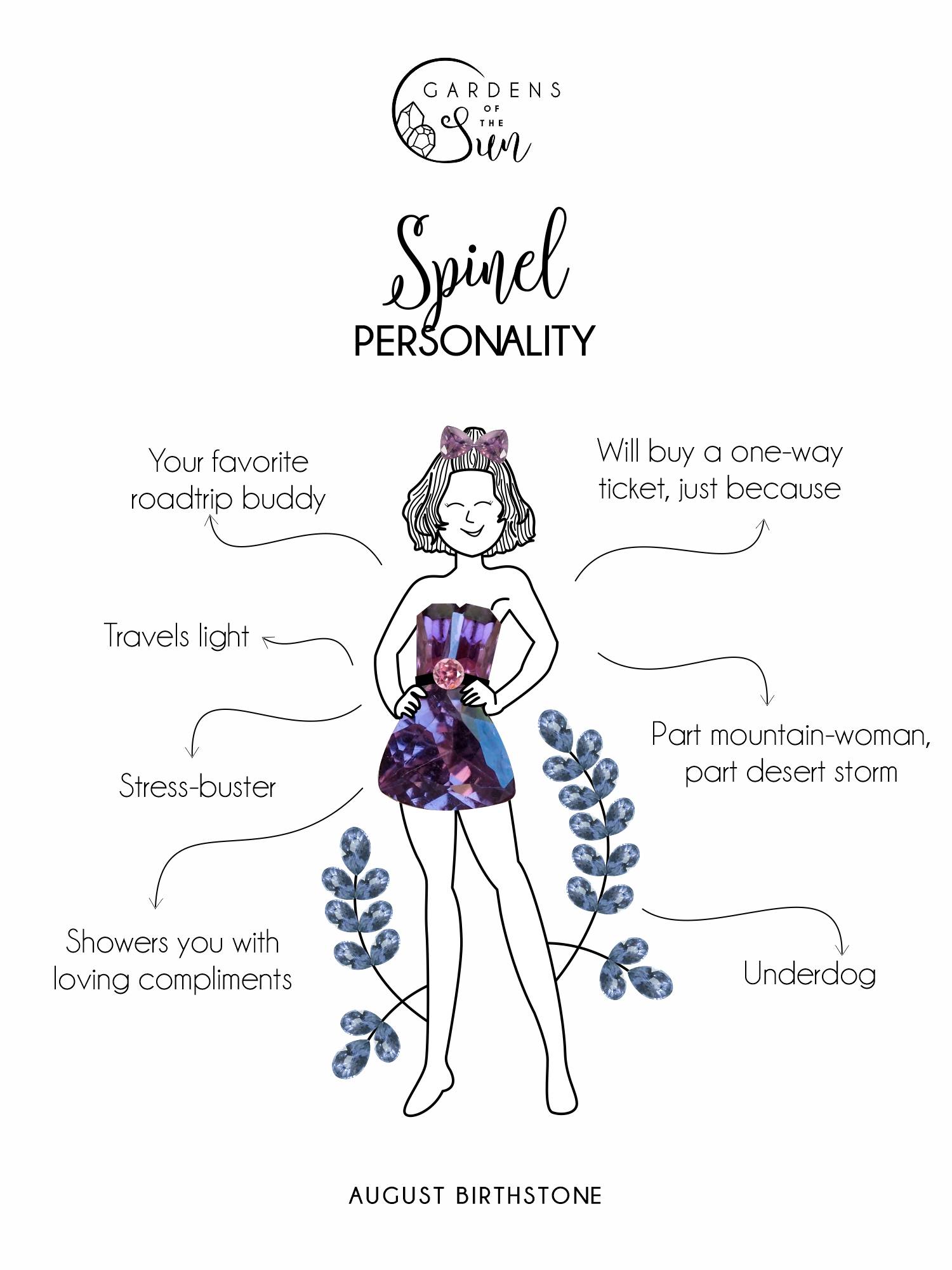 Oh how you must love yourself.

How can you compare yourself to others when you are the only one like you?

How do you compare two distinct things?

It's mind-boggling, this idea of comparing perfect to perfect. 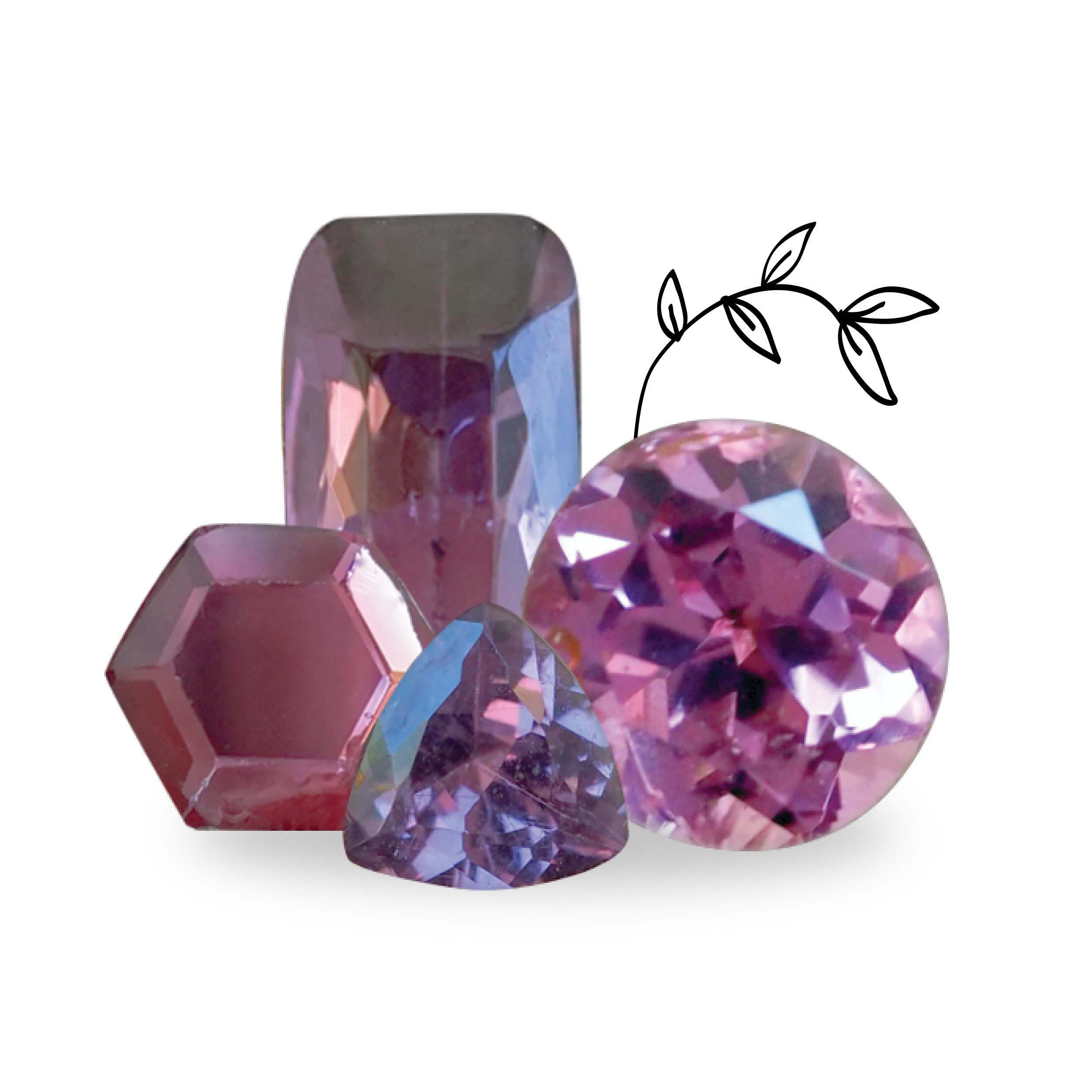 Speak the truth of life, thus the wisdom is spinel. Spinel is an underrated gemstone, a rags-to-riches story, once smuggled in wars, then sitting on the top of the British imperial crown. Spinel has plenty of stories to tell, and its origin story birthed the science study of gemstones.

Spinel used to be the stone of the kings in South Asia, equal only to ruby. Once abundant in Central and Southeast Asia, spinel was the treasure trove of many kings and emperors. Thanks to its flaming red crystals, spinels were called Balas rubies and joined the hallowed cardinal gems. As if this wasn’t enough, spinel climbed up the hierarchy and became the stone to crown many European kings. It wasn’t until mineralogist Jean Baptiste Louise Rome de Lisle came into the scene with his microscopic study of gemstones that he unveiled the truth: spinel needs its own name; its own identity.

As spinel was written down in gemology history, so was the scientific study of minerals.

Spinel is a gemstone that fancies life in all of its spectrums, in all of its colors. It’s a rare gem and often of gem quality. So anyone who owns a spinel has a special something; you just need to know how to appreciate it.

the Latin spina, meaning ‘arrow’ or ‘thorn’, because spinels in their raw form are sharp crystals; or the Greek word for "spark"

Spinel is great for anyone who’s up for starting small to take on something big. Like rallying against injustice, starting a rehabilitation project or setting up a business to give back to your local community. Spinel is like a sprinkle of salt in your cookie dough: a little goes a long way.

Granted, it’s always a special kind of trip with spinel. Life in technicolor; a juicy story of various kinds. So whenever you feel like your boredom takes a downward turn into an excruciating existential crisis, holding a spinel in your hand helps you to turn it into a creative endeavor like no other. 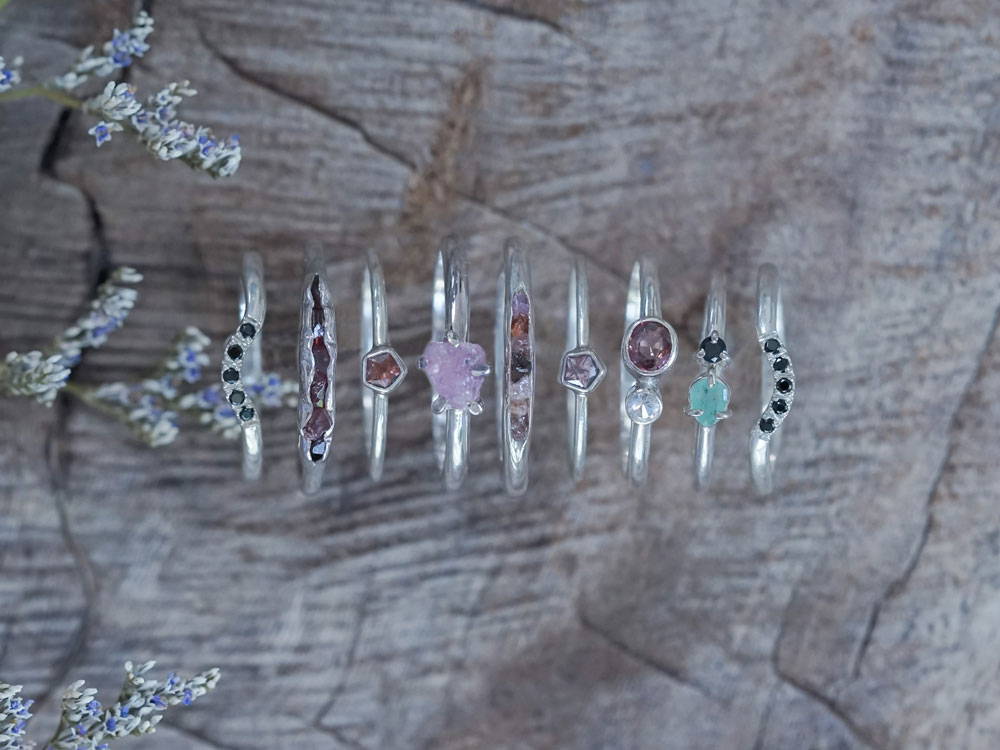 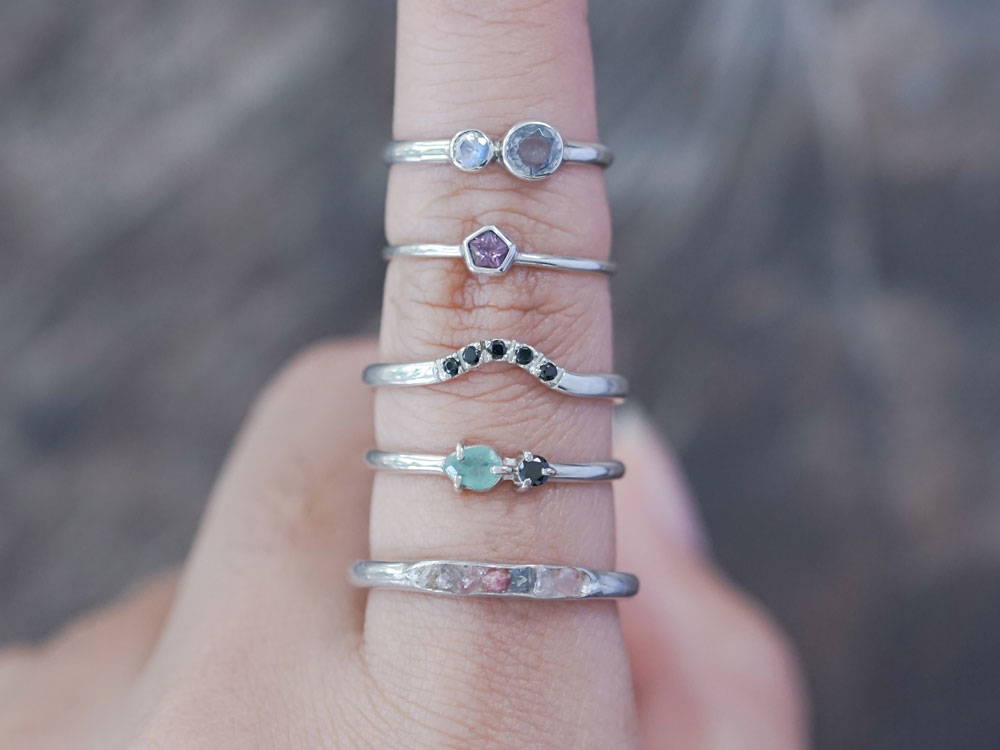 How spinel fits into your life: 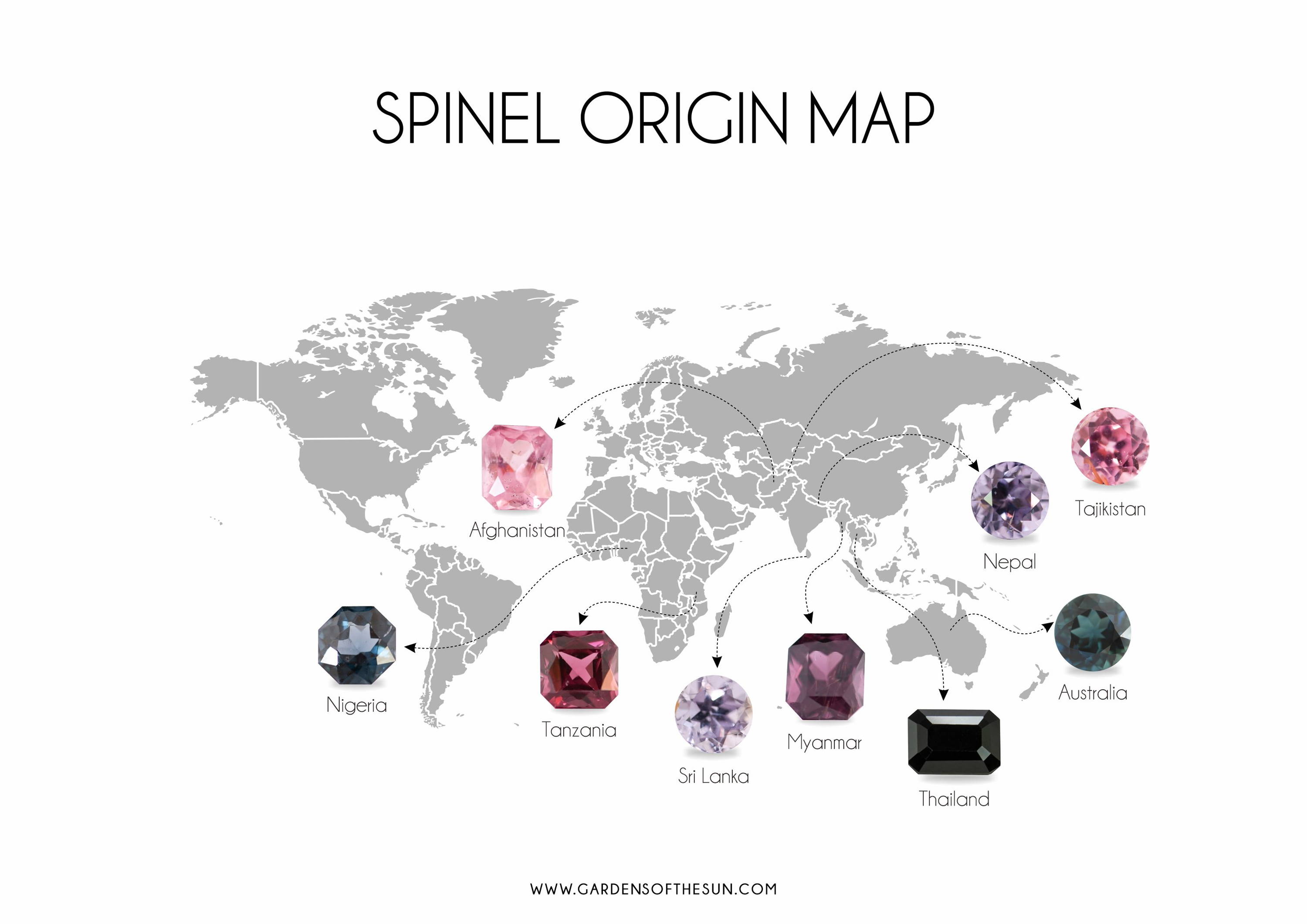 Our spinels are responsibly sourced from: 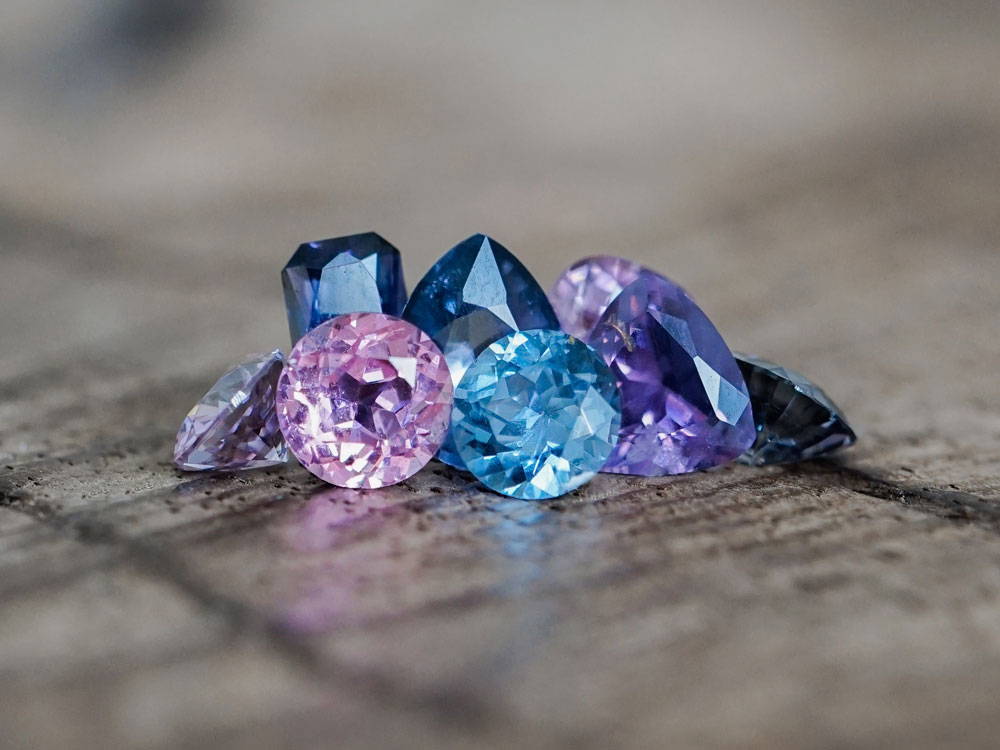 8 Mohs scale of hardness with good toughness. Spinel is considered to be a tough gemstone, great for everyday wear.

Generally safe to use ultrasonic and steam cleaners. But, for treated or included spinel, it’s best to clean spinel with warm, soapy water. For natural cleaning, use our soap nut wash. 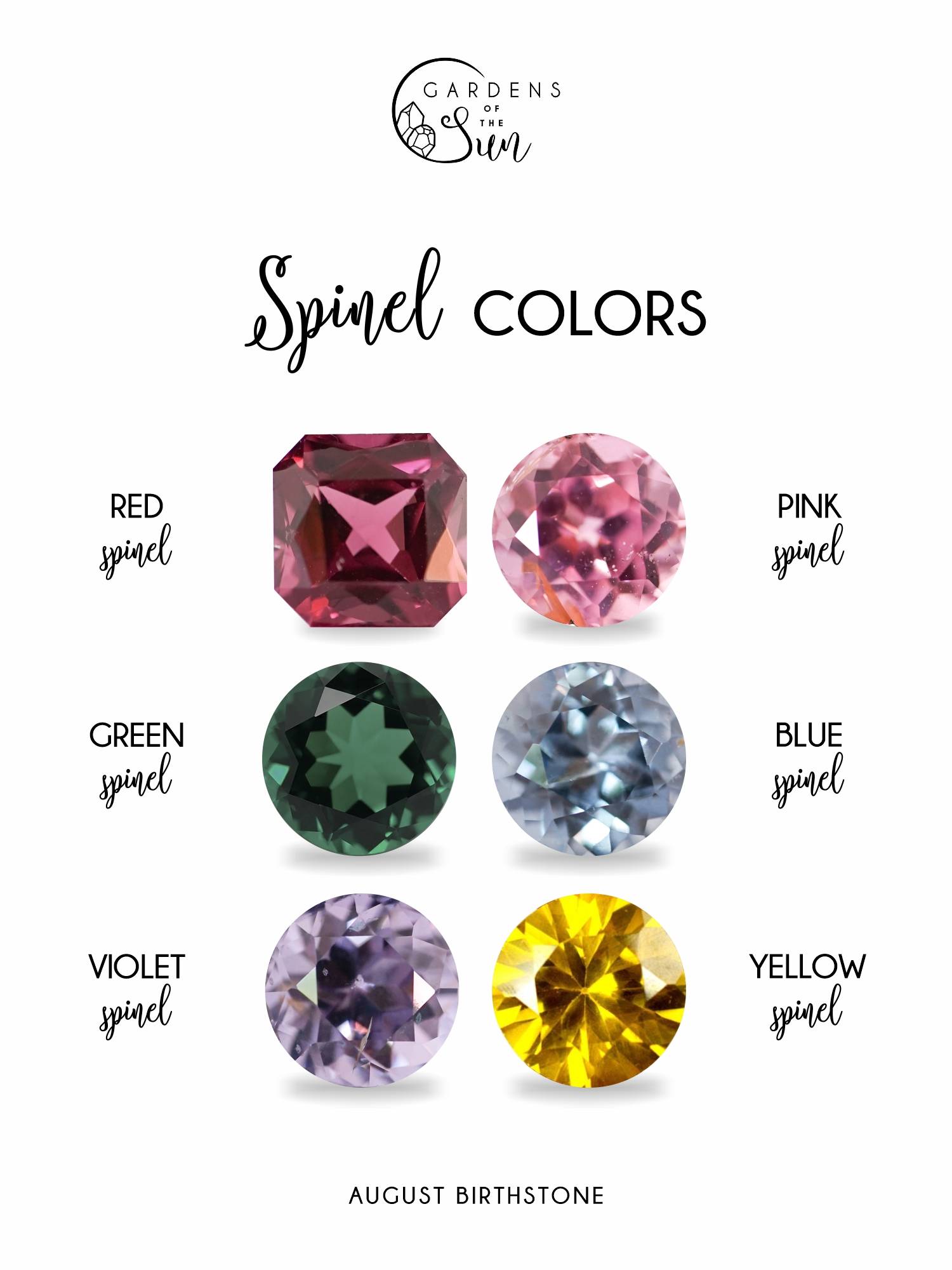 Spinels were once thought to be rubies or sapphires because of their intense colors and brilliance. When it was discovered to be a different gemstone than corundum, its popularity plummeted. Nowadays, spinel is sought after for its range of rainbow colors, each with its own meaning. 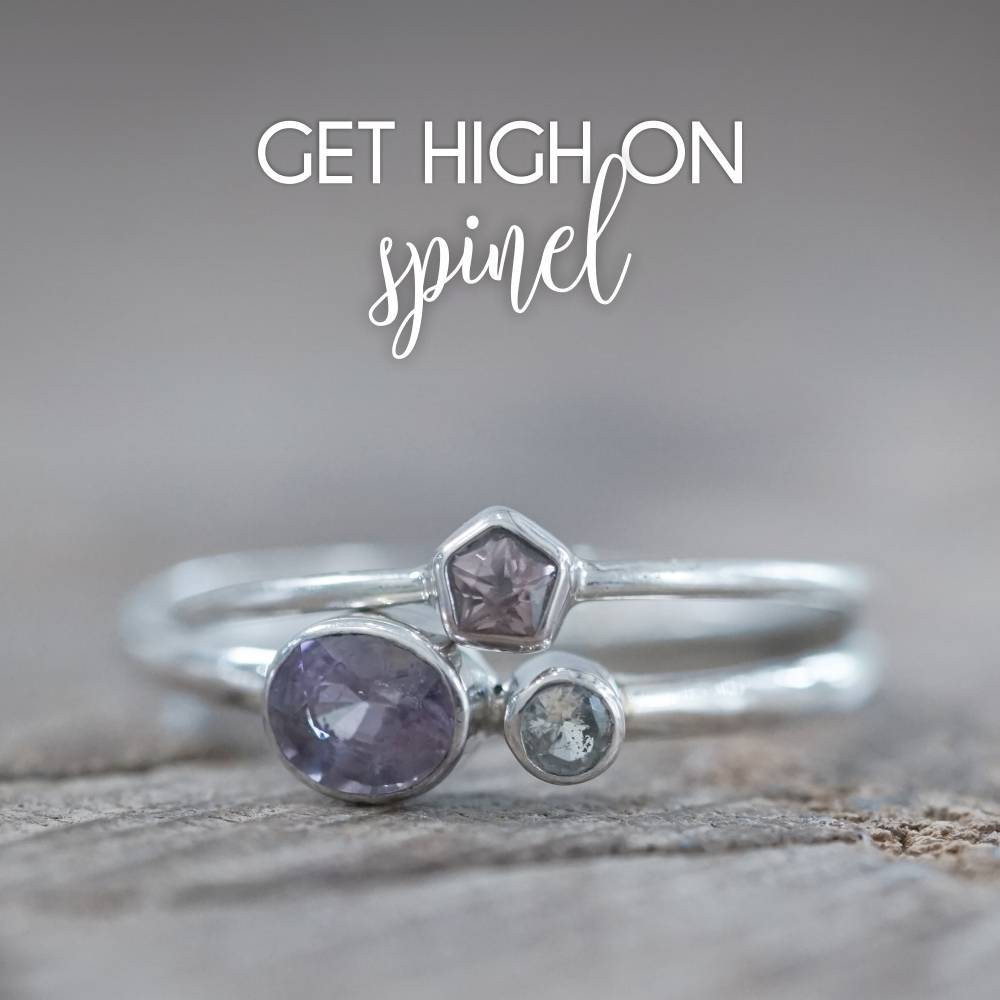 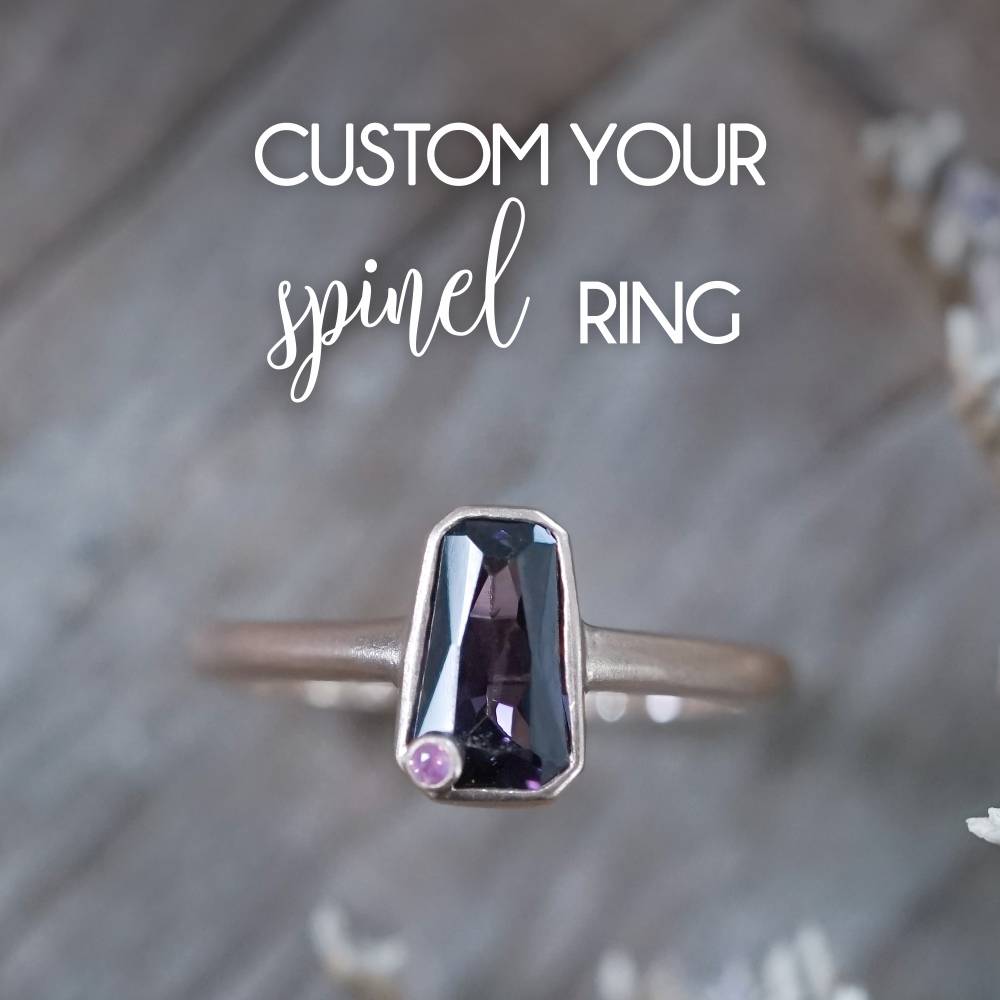 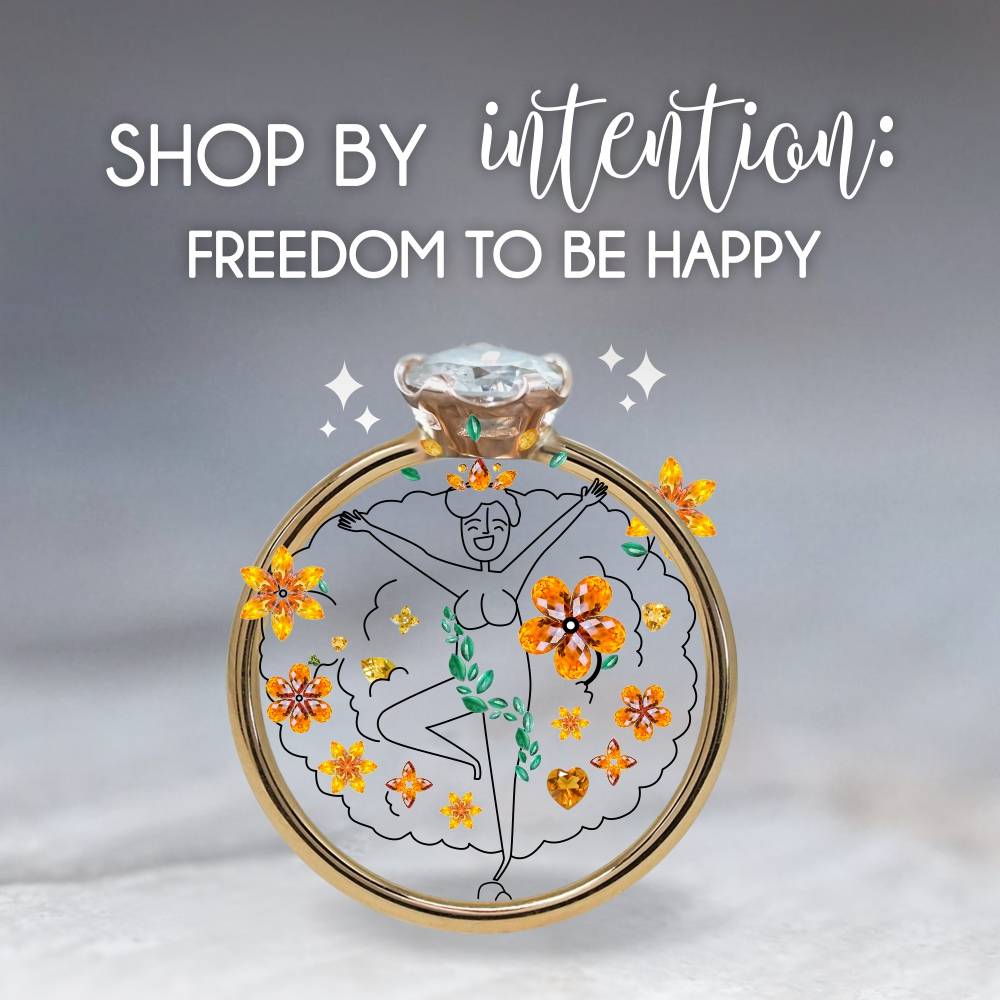 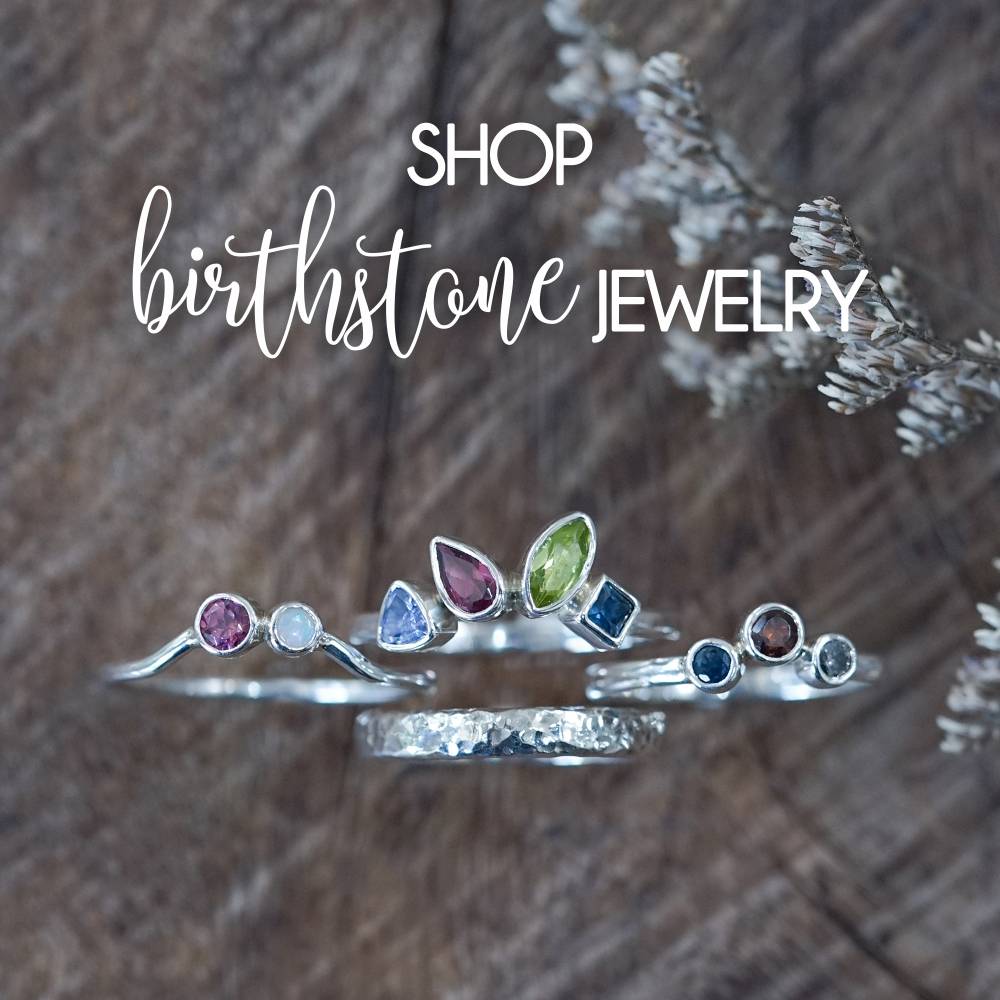