The Hunt for Hidden Gems

“When did you start working as a miner?” I asked him in Bahasa Indonesia. What I thought would be a short exchange, turned into quite the conversation.

Pak Aman was one of the miners I met during my trip to Kalimantan in search of sapphires last year. He’s a grandfather whose body is fitter than most 30-year-olds, with expressive eyes that sparkle, full of hope and mischief. His name translates to ‘being safe’, and along with our chat, it made me feel optimistic about the work that would lie ahead. 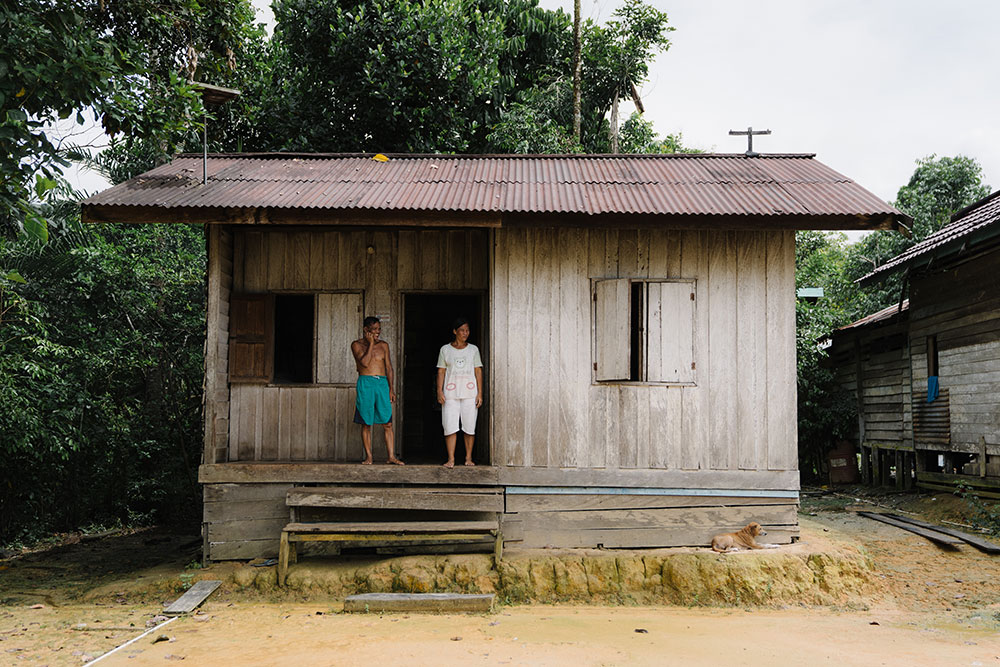 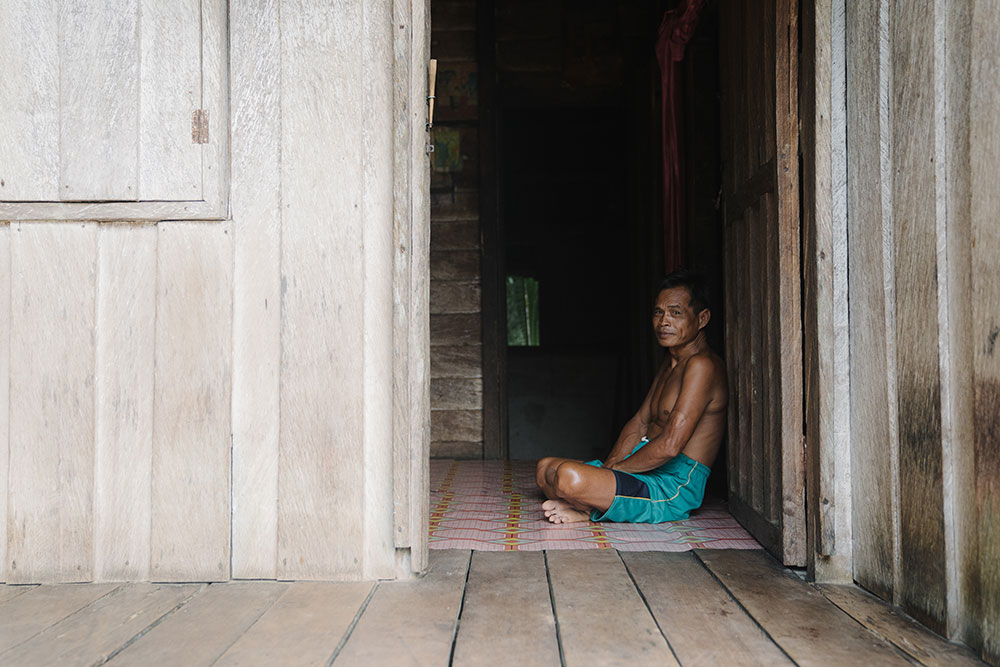 Pak Aman and his wife in front of their wooden one bedroom house.

He lives in a small village in the very heart of Indonesian Borneo. On a normal day, you’d have to take 2 flights from Bali to reach Palangkaraya (the capital city of Central Kalimantan). From there, there’s a once-a-week chartered flight to the nearest local airport. Then it takes a roughly 8 hour drive in a 4WD, and finally a half-hour boat ride to get to where he lives.

But when we got to Palangkaraya, our flight was cancelled last minute due to the weather conditions. We ended up driving the winding provincial roads for 9 hours. Add two kids in the mix and you’ve got a true adventure. 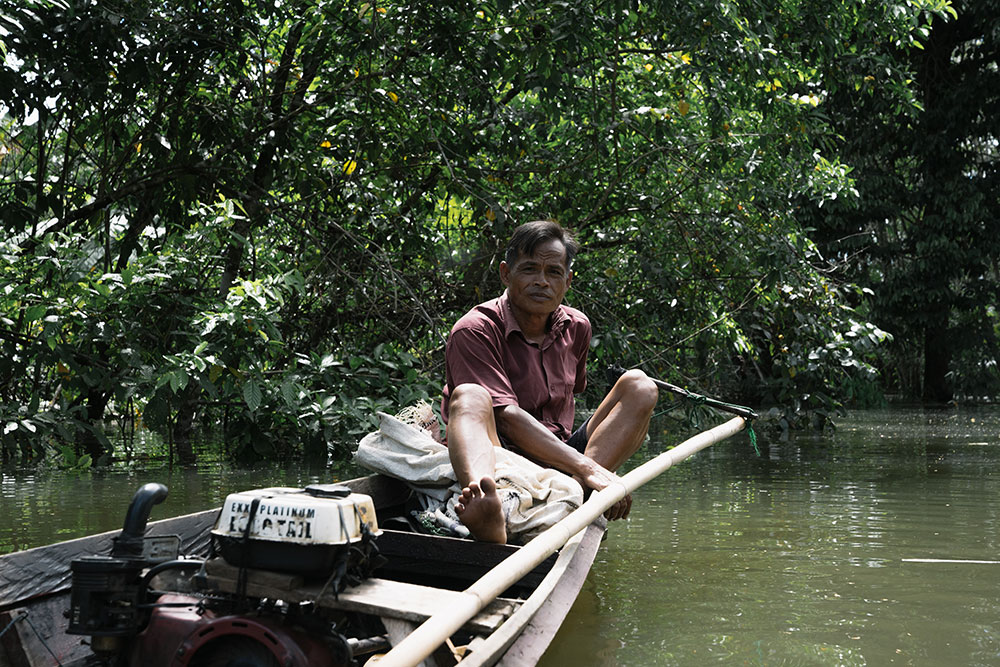 Pak Aman navigating his way to the mining site.

“People from the village have been finding colorful stones in the river while they were panning for gold. When we found out that these were sapphires and that we could make some extra money from the stones, we began looking for them too.”

Both the gold and the sapphires they found could be found by the river banks, but they had to dig deeper to find the precious gemstones.

“Mining for stones is different to panning for gold. We dig holes by the river until we hit a layer of earth that looks red in color with black indicator stones. That’s how we know where to start looking for sapphires and rubies.”

Like all miners in his village, Pak Aman still uses traditional tools to pan for gold and sapphires. They use a panning board made of wood to separate the stones from the gravel. The process is both time and labor intensive. It’s almost meditative seeing this patient work in person; the effort that goes into finding the bright burst of colors in amongst the dirt.

I’ve been dreaming (and working!) to set up our very own supply chain for ethical stones and metals. While I wish it could be instantaneous, the truth is, it’s a step-by-step process.

Right now we have indigenous women miners in Central Borneo keeping us supplied with ethical, mercury-free gold. Sapphires are our next venture, and this was the reason I travelled to Kalimantan.

“We grew up with the jungle around us, so nobody was afraid to work there. There was a rush of miners, also from the neighboring village. We were almost 100 people at one point.” He recalled. For many, it was the first time they worked as miners, and some enterprising souls found other ways to make a living too. They opened small pop up shops where people could buy instant noodles and coffee. “It gave us enough money to survive,” he adds with a laugh.

As time went by, they found that it wasn’t easy to find precious stones. Some days all they had to show for their work were the deep holes they dug.

He told me that a lot of people gave up. “It’s tough work. If we’re lucky we’d find something, but sometimes we don’t.” It’s the fate of a miner.

Small scale indigenous miners are vulnerable to irresponsible buyers. These pay a pittance, to resell the stones at exorbitant prices. Responsible and ethical supply chains are critical in making sure that profits trickle down to miners through the price they receive. This is a part of the reason why I want to set up my own supply chains when I can. 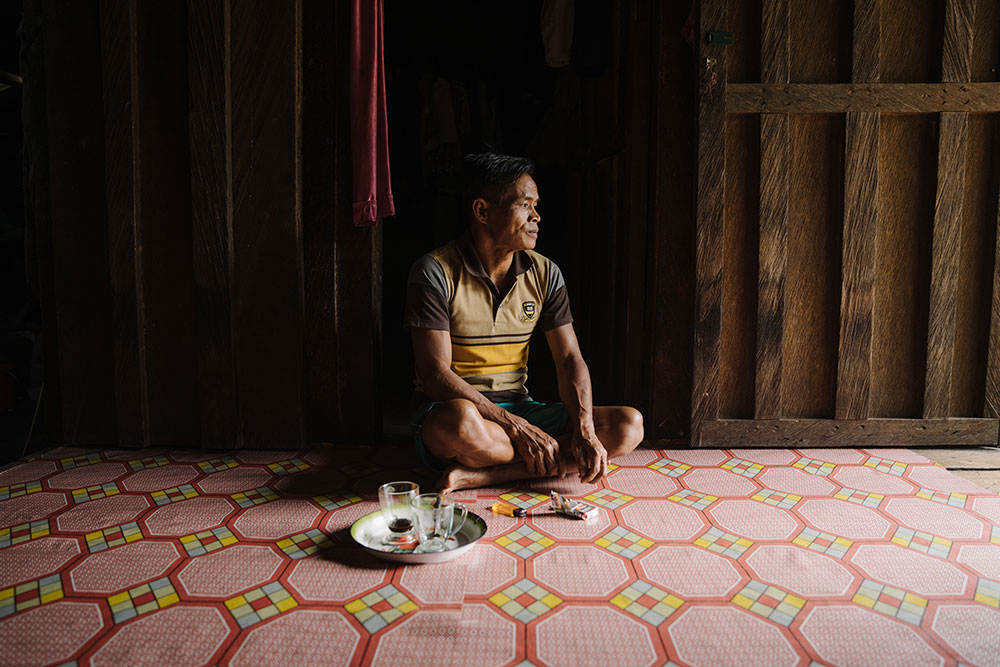 Telling stories of his life in his home, while we sipping on a cup filled with as much sugar as coffee powder.

“The stones are buried deep in the soil. They're mixed in with gravel and dirt. One day, I might find half a gram in one day. Other times, one month could go by without finding anything we can sell. But that’s our work, that’s what we do in this village. We look for precious stones. I don’t get rich doing this, but it’s what we can do for now.”

Pak Aman usually works together with his wife, who recently became ill. The doctor warned them of her cardiac problem and told them that she could no longer do the hard work she did. “The hospital is about 8 hours away from here. It’s very difficult to reach from a remote place like ours. Fortunately, the hospital was free, because we have a public healthcare card.”

‘Hidden’ really seems to be the keyword during my sapphire hunting adventure. Compared to setting up the ethical gold supply chain, which took us a year to do with the help of a local NGO, I know our sapphire venture will be even more challenging. But I know that I want to support these hardworking people who live on hope of a better life.

Having heard of the problems they faced in earning a living from sapphire mining, I guessed that he also had other ways to provide for his family. “We live mostly from the forest. When we go to work, we bring our own food, we drink water from the river, we cook together there. We bring rice from home, and we forage in the forest for edible plants.” Pak Aman and his fellow miners still know how to live from the forest, understanding that it can provide them with what they need. They eat the fish that they catch in the rivers, and occasionally hunt too. “We just do what we can to live life day-to-day. To feed ourselves.”

I ask him if the money from mining has changed things for them. “If we get money from selling stones, we usually spend it to buy our daily needs. I want to buy a car, but I don’t need a car!” he said with a burst of gentle laughter. 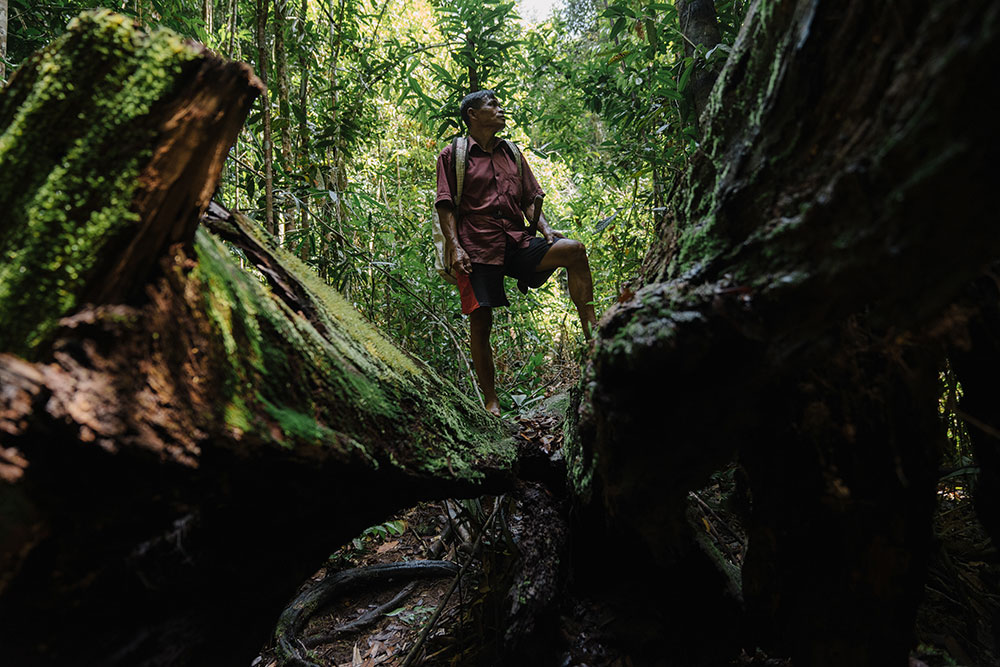 Deep within the lush forest, the mining site is a half hour hike from the river.

“We need a better source of income to meet our daily needs. The government doesn’t really help us, and we’re left to ourselves in this village. We only have the hope of finding a large sapphire.”

Pak Aman repeatedly tells me that he wishes to find bigger sapphires. “We’ll keep working hard, and I hope one day we get lucky. Luck is our only hope, and it’s really difficult to rely on luck.”

After setting up our own traceable ethical gold supply chain, I realized that cleaning up our own supply chains isn’t enough anymore. Talking to Pak Aman, I’m inspired to figure out the next steps on our journey beyond jewelry. It looks like our journey with sapphires and rubies will be a lot more challenging than with gold. It might be a slower process, but in the bigger scheme of things, it’ll be big steps in the right direction.

Let customers speak for us

Everything was perfect. I love the ring I got and the earrings too. The wooden box is very cute and unusual . The cleaning set is lovely as well as the mask . 🥰 I was amazed when the package arrived so quickly.

So happy with my Birthstone ring! Combined sapphire with citrine for the two stones. Sapphire for the month of September and Citrine for the sign of Libra. Great communication throughout the process. And the ring was sized just right. This is my second purchase from Gardens of the Sun. I’m sure to be back again. Thank you. 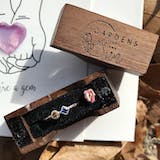 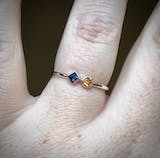 The ring was beautiful. It was a gift for my mom & she loved it !

I bought this necklace for my sisters Xmas gift. She loves the beach and I thought of her immediately when I saw it. They did not have horizontal pieces left (which I wanted) but the vertical is beautiful too. Very delicate and looks just like the picture.

I wouldn't normally purchase a mystery item because I like to choose my own thing - but I am so glad I did because Meri and the Gardens of the Sun team knew exactly what I needed. Reading the little stone explanation cards reinforced that they knew better than I did :) The ring and necklace set are perfect and so well made and are my new daily go to. This wasn't my first GotS purchase and it definitely wont be my last!